The City of Richmond was founded in 1798 by Colonel John Miller, a Revolutionary War soldier. Accordin 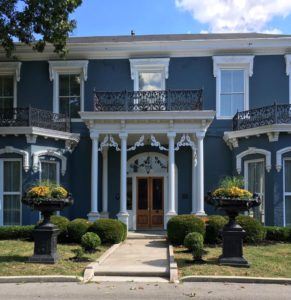 g to tradition, Miller was attracted to the area by the good spring water and friendly Native Americans.

That year, the Kentucky legislature approved moving the Madison County seat from Milford to land owned by Colonel Miller.

The move was bitterly opposed by about 300 residents of Milford, which led to a fistfight between Dave Kennedy, representing Milford, and William Kearly representing Richmond. Although history does not record the results of the brawl, the county approved the move in March 1798, and two acres of land were purchased from Colonel Miller. The court was held in his barn.

On July 4, 1798, the site was officially named Richmond in honor of Miller's birthplace, Richmond, Virginia.

On August 30, 1862, during the Civil War, the Union and Confederate Armies clashed in the Battle of Richmond. Troops under Confederate General Edmund Kirby Smith routed the soldiers of Union General William Nelson. Out of Nelson's 6,500 men, only 1,200 escaped; the rest w 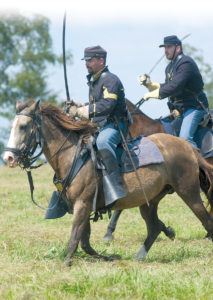 ere all captured.[4] One historian called this battle "the nearest thing to a Cannae ever scored by any general, North or South, in the course of the whole war."

In 1906, Eastern Kentucky State Normal School was founded in Richmond to train teachers. There were eleven members of the first graduating class in 1909. It became a four-year college in 1922 and added graduate programs in 1935. In 1965, the institution was renamed Eastern Kentucky University.